India tour of West Indies: Vice-captain Ravindra Jadeja needs 3 wickets to go past Kapil Dev on the list of bowlers with most wickets in ODIs between India and the West Indies. 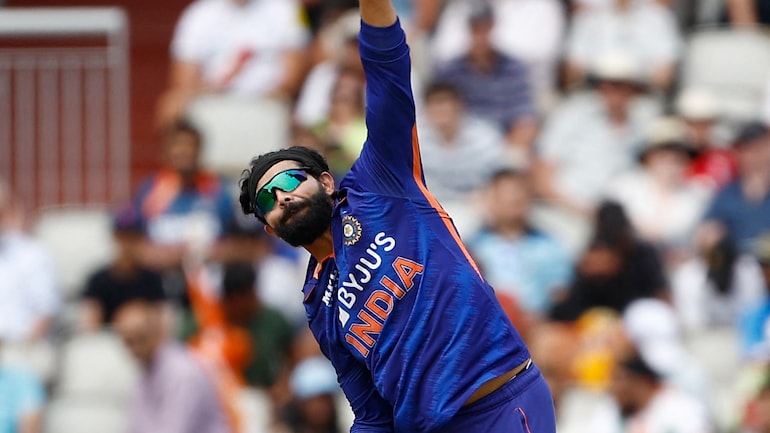 Ravindra Jadeja will be Shikhar Dhawan’s deputy when India take on the West Indies in a 3-match ODI series in Port of Spain, Trinidad from July 22. Having earned the responsibility of the vice-captain, Jadeja will be keen on stepping up and leading a young side from the front, especially in the bowling department.

While Ravindra Jadeja needs no extra motivation while playing for the senior national team, the all-rounder is closing in on a major ODI bowling milestone.

Ravindra Jadeja is currently tied at the 4th spot with Anil Kumble with 41 wickets in 29 matches. However, the left-arm spinner has found very little success in the Caribbean in the past, having picked up only 4 wickets in 9 matches in the West Indies.

Jadeja’s success against the West Indies have come at home, where he has picked up 30 wickets in 18 matches, 3 more than Kumble’s tally.

MOST WICKETS IN INDIA-WEST INDIES ODIs

Jadeja is expected to lead the spin-bowling attack which also has Axar Patel, Yuzvendra Chahal, and the part-time-off-spin from Deepak Hooda. Jadeja managed just 1 wicket across 5 matches in the white-ball series against England but Dhawan will be hoping for an improved show from him.

However, it remains to be seen if Jadeja is available for action in the ODIs as he reportedly has a knee niggle. The team management is likely to take a call on Jadeja’s availability after consulting the medical team about the extent of his injury.

Mercedes driver Lewis Hamilton confident about his chances at French GP: I’m getting towards that win