WI vs BAN, 2nd T20I, Shakib Al Hasan scored an unbeaten 68 and picked up one wicket in the second T20I against the West Indies in Dominica. 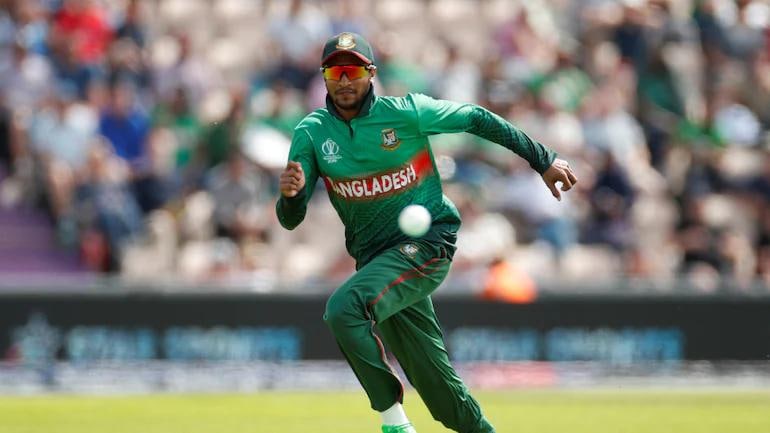 Shakib Al Hasan, on Sunday, July 3, became the first cricketer to score 2000 plus runs and pick up over 100 wickets in T20Is. The Magura-born cricketer accomplished the feat during Bangladesh’s second T20I against the West Indies in Dominica.

In fact, Shakib is currently the leading wicket-taker in T20Is, having played in the format since 2006. The all-rounder also became the second cricketer from Bangladesh after skipper Mahmudullah Riyad to score 2000 runs in T20Is.

In the game against the West Indies, Shakib picked up one wicket and scored a sparkling half-century, but Bangladesh lost the match by 35 runs. The hosts also took an unassailable 1-0 lead in the three-match series after the opening match on Saturday was called off due to rain.

After being asked to chase down 194, the Tigers lost wickets in heaps and finished with 158 for six in their quota of 20 overs. Shakib came to bat after the visiting team lost the early wicket of Liton Das, who perished to left-armer Obed McCoy.

From there on, Shakib went on to score an unbeaten 68 off 52 balls with the help of five fours and three sixes. He was also involved in a 55-run stand for the fourth wicket with Afif Hossain, but his efforts went in vain.

Rovman Powell won the Player of the Match award after he scored 61 runs off 28 balls. He also racked up the joint third-fastest T20I half-century by a West Indies batter.