In spite of maintaining his cool in the face of Nick Kyrgios’s verbal antics, Paul Jubb fell short in the match that lasted three hours and five minutes. 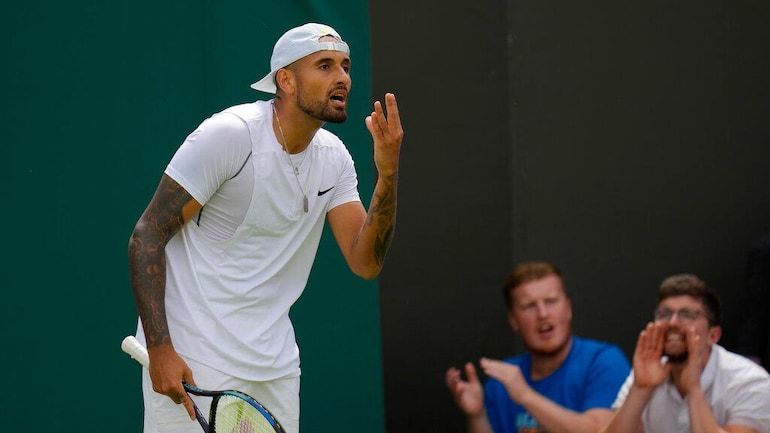 In spite of maintaining his cool in the face of Kyrgios’s verbal antics, Jubb fell short in the match that lasted three hours and five minutes.

“It was tough, he had nothing to lose and he played exceptional tennis at times,” Kyrgios said after the match. “He’s going to be a good player for sure, I’m just happy to get through. Playing here is a lot of fun. I talk a lot on the court, but off the court I’m not too bad.”

During the match, Kyrgios was offended when a fan uttered a boo and the Australian complained to the umpire, saying: “You don’t accept a hat with two logos on but you accept disrespect of an athlete?”

The series of antics energised him as Kyrgios dominated the second set. Juub, however, refused to bow down, coming back strongly in the third before Kyrgios took the set.

The Australian resumed his verbal commentary but it had no impact on the ice-cool Briton, who was playing in his only second Wimbledon since losing in the first round three years ago. In the decider, Kyrgios stood back to admire a drop shot before going onto secure victory.