Wimbledon 2022: Cameron Norrie is set to face No.1 seed, Novak Djokovic, in the semi-final of the ongoing grass-court tournament at SW19. 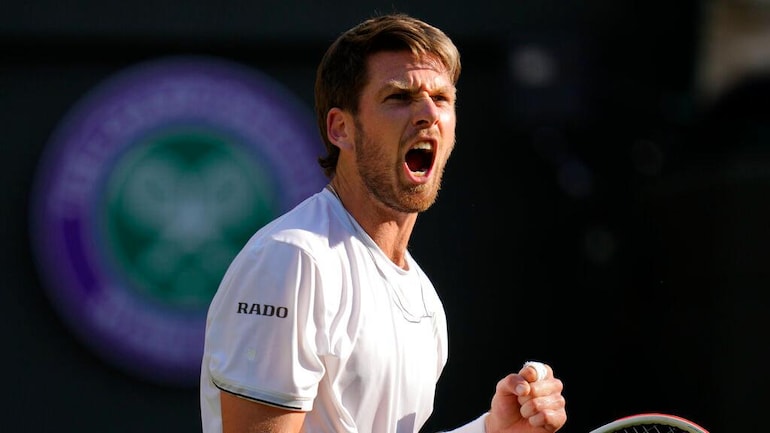 Norrie didn’t get off to the best of starts as he lost the first set as Goffin put him under immense pressure. Norrie, who is seeded ninth in the ongoing grass-court championship, came back to win the second set only to again go down in the third.

From there on, the British player needed to win both the remaining sets and hence didn’t have much room for error. However, the 26-year-old Johannesburg-born tennis star held his nerve to come up trumps.

Norrie broke her opponent’s serve five out of eight times and also churned out five sets. He also made four double faults, but that didn’t cost him a whole lot.

Norrie also became only the fourth British man to reach the Wimbledon semifinals in the Open era. Andy Murray, Tim Henman, and Roger Taylor are the other three to have reached the last four.

Norrie is next set to lock horns with No.1 seed Novak Djokovic, who came two sets down to beat Italy’s Jannik Sinner. Djokovic looked listless in his match after the first two sets but showed nerves of steel and a lot of character to come up trumps.

While Nadal will be up against USA’s Taylor Fritz, Kyrgios will lock horns with Chile’s Cristian Garin.