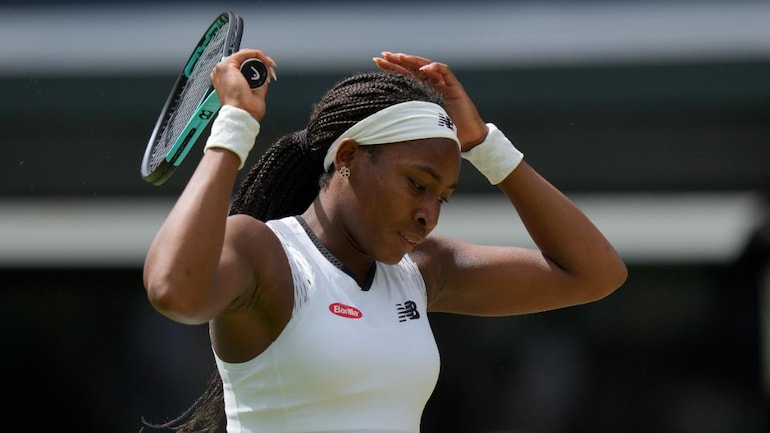 Gauff started the match on an impressive note after taking a 3-0 lead in the first set. However, Anisimova showed nerves of steel and made a comeback, taking the set into a tie-breaker. Gauff, somehow, managed to hold on and win the first set.

From the second set onwards, Anisimova didn’t allow Gauff much breathing space. The second set turned out to be a one-sided affair and the 20-year-old Anisimova took the match into the third set.

The third set turned out to be even more one-sided as Anisimova managed to hold Gauff by the scruff of her neck. Last month, Gauff finished as the runner-up in the French Open 2022, but she failed to make an impact in the ongoing championship on grass.

Gauff churned out four aces, but the fact that she made four double faults didn’t help her by any means. Anisimova won seven out of 12 break points and dominated Gauff. At one point in time, Anisimova won 18 games in a row and Gauff looked hapless.

Anisimova started Wimbledon 2022 with a comprehensive win over 23-year-old Yue Yuan. Thereafter, she had to fight hard in her second round match against Lauren Davies. But the victory over Gauff should give her a whole lot of confidence going into the Round of 16.