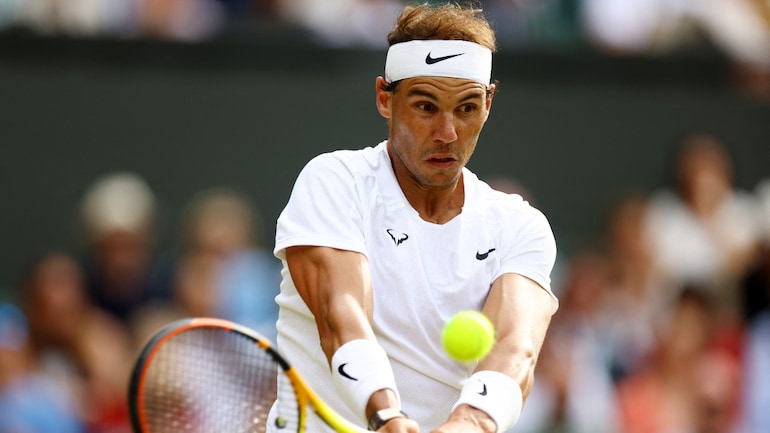 Rafael Nadal brought out the famous warrior spirit in him as he fought through an abdomen injury to keep his Calendar Slam hopes alive. Nadal is gunning for his 3rd major title in 2022 after having won the Australian Open and the French Open.

Nadal reached his 8th Wimbledon semi-final after fending off a stunning fight from 11th seed Fritz and set up a blockbuster clash with Nick Kyrgios. The Australian showman defeated Cristian Garin in straight sets to reach his maiden Grand Slam semi-final.

Nadal started the match on an indifferent note after losing the first where he looked completely out of sorts. But the veteran came back to win the second set, but thereafter, he took an injury timeout as he seemed to have gone through issues with his abdomen.

It didn’t get any easier for Nadal in the third set as Fritz romped home without having to break much sweat. In the fourth set, the Spaniard showed nerves of steel to come back from behind. Just when it seemed the set would go into the tie-break, Nadal held his serve and took the match into the fifth set.

The fifth set turned out to be a closely-fought affair. Nadal somehow managed to hold on and take it to a tie-breaker. From there on, Nadal brought forth all his experience and came up trumps.

Also Read: Means a lot to be back in the Wimbledon semis: Simona Halep