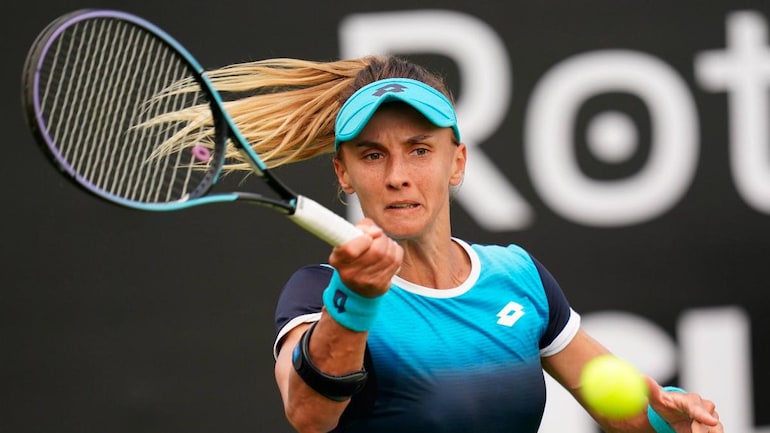 Ukraine’s Lesia Tsurenko said that she will donate 10 percent of her Wimbledon 2022 prize-money to the welfare of the people in Ukraine, who are reeling after Russia’s invasion of their country. On Wednesday, June 29, the 33-year-old defeated Anhelina Kalinina 3-6, 6-4, 6-3 on Court 12 in the second round at SW19.

Tsurenko also matched her best Wimbledon record and will now face 22-year-old Jule Niemeier in the third round on Friday, July 1. She strained at the start of the game after losing the first set, but showed nerves of steel to win the next two, and subsequently win the match.

After beating Kalinina in the second round, Tsurenko mentioned how devasted she was because of the turmoil in her place of birth.

“It’s just horrible what is going on in Ukraine. I just feel terrible, and I feel very guilty, and I feel that it seems like there is nothing I can do,” Tsurenko was quoted as saying to the reporters.

“So the only thing is continue playing and, as I said, I donate 10% of my prize-money.”

“Again, the horrible things that are going on in Ukraine in the last week, terrorist act, a lot of civilians dead,” she stated.

“My fitness coach, he’s from that city. His mother-in-law was working in this shopping centre, and she was lucky that she had a day off. Him and his father, they were not far away from that place. I think he got like some piece in his head,” Tsurenko added.