Wimbledon 2022: Maria Sakkari has been knocked out of the grass-court tournament after losing in straight sets to Tatjana Maria. 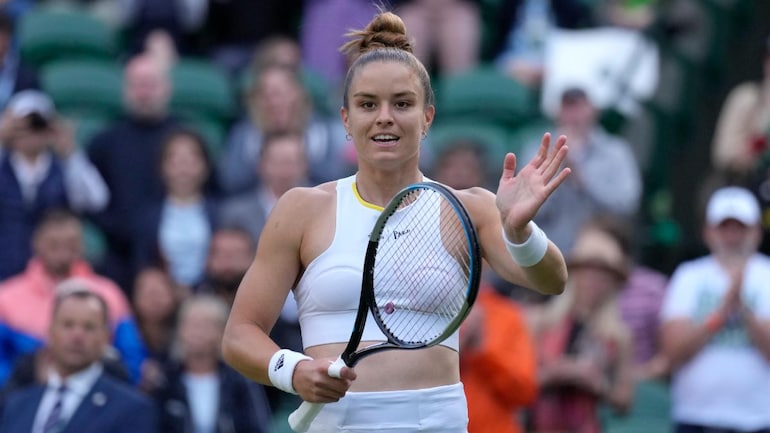 5th seed Maria Sakkari has been knocked out of Wimbledon 2022 after she lost 3-6, 5-7 to Tatjana Maria of Germany on Friday, July 1. On Court 2, the 26-year-old star from Greece looked out of sorts in the first set and lost it without much of a fight.

In the second set, Sakkari brought forth all her experience and took a 4-2 lead. However, Tatjana didn’t throw in the towel and took her opponent by the scruff of her neck.

In the final game, Sakkari tried to hold on and take the match into a tie-breaker. But after saving one match point, she ran out of luck.

Earlier, Tatjana defeated Romania’s Sorana Cirstea and Australia’s Astra Sharma. She started the tournament with a defeat in the first set against Sharma, but has won six sets from there on.

In another match, Tunisia’s Ons Jabeur made her way to the fourth round of the grass-court tournament at SW19. The Arab star defeated France’s Diane Perry in straight sets. Jabuer was clinical throughout the match and hardly allowed her opponent to make a comeback.

Jabeur will play her Round of 16 match against an undecided opponent on Sunday, July 3. Ukraine’s Lesia Tsurenko, in the meantime, has been knocked out of the championship.