Defending champion Novak Djokovic is bidding for his fourth title in a row at Wimbledon. He didn’t play any grasscourt warm-ups ahead of the Championships. 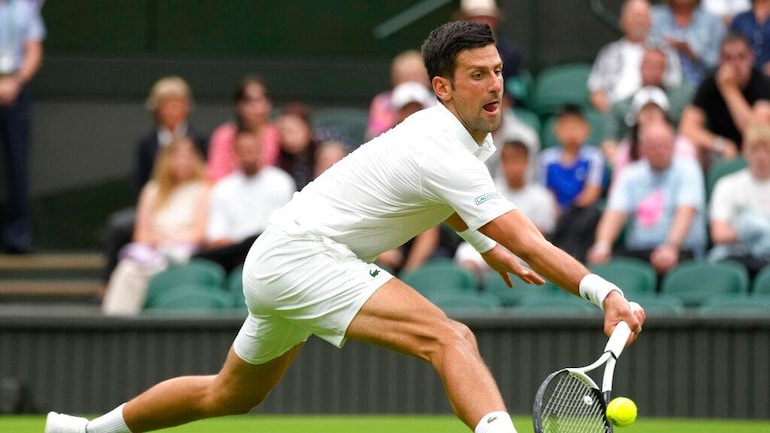 Novak Djokovic during his first round match at Wimbledon. (Courtesy: AP)

Defending champion Novak Djokovic on Monday admitted that the first round match against South Korean Kwon Soon-woo was not easy for him at Wimbledon.

Djokovic overcame the challenge from Soon-woo 6-3, 3-6, 6-3, 6-4 to advance into the second round. With the win, the 35-year-old became the first player, male or female, to record 80 singles wins at all four Grand Slams.

Djokovic, who is bidding for his fourth title in a row at Wimbledon, didn’t play any grasscourt warm-ups ahead of the Championships.

“I didn’t have any lead-up or preparation tournaments prior to this so you’re always going to feel a bit less comfortable than you would like, particularly if you’re playing against someone as talented as Kwon who stays close to the line and hits really clean,” Djokovic was quoted as saying.

“It wasn’t easy. I had to put some variety in the game. The serve helped but at this level one or two shots decide a winner.”

The Serb is bidding for his fourth title in a row at Wimbledon. He looked rusty on the grasscourt surface on Day 1 of the tournament, which saw rain interruptions after 30 minutes following the event got underway. However, the match between Djokovic and Soon-woo was free from rain as the centre court’s rooftop was closed.

Djokovic will take on either Thanasi Kokkinakis or Kamil Majchrzak in the second round.