Wimbledon organisers and Britain’s tennis authorities have appealed against fines handed to them by the women’s governing body, WTA, for excluding Russian and Belarussian players from this year’s grasscourt events. 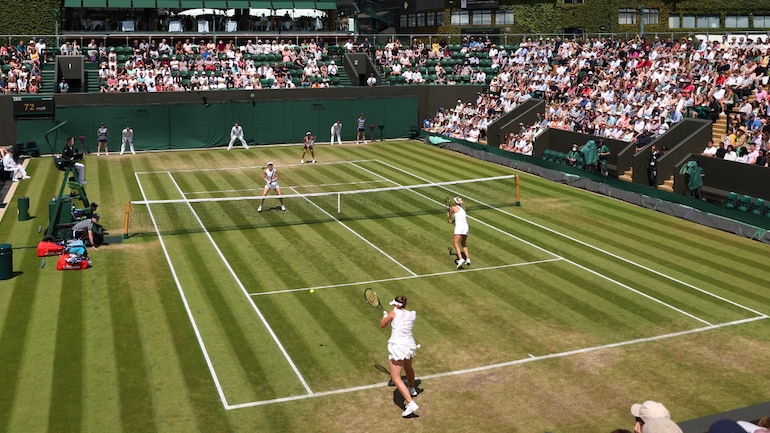 Wimbledon organisers, the All England Club, are appealing a fine levied by the WTA women’s professional tennis tour for banning Russian and Belarusian players from tournaments in Britain because of the war in Ukraine.

The All England Club (AELTC), which organises the Grand Slam, and the Lawn Tennis Association (LTA) banned players from the two countries at tournaments in Britain following Russia’s invasion of Ukraine, which Moscow calls a ‘special operation’.

“I think the first thing to say is that it is the subject of a legal process so I can’t comment specifically on that,” AELTC CEO Sally Bolton told reporters at Wimbledon on Monday.

“We stand by the decision we made, we are deeply disappointed at the reactions of the tours to that decision and I probably can’t say anything more about that at this time, I’m afraid.”

Bolton confirmed that the AELTC has appealed against the fine, while an LTA source said it has done the same.

The WTA did not immediately respond to a request for comment.

The world governing bodies of tennis have themselves banned Russia and Ukraine from team events, but individual athletes are allowed to compete in tournaments as neutrals.

The AELTC stands for Russians and Belarussians and was the first time players have been excluded on grounds of nationality since the immediate post-World War Two era when German and Japanese players were banned.

“It was an incredibly difficult and challenging decision to make,” Bolton said. “It was not one we took lightly. We thought carefully about the ramifications of taking it.

“But it was absolutely the right decision for us. It was the only viable option in the context of the Government guidance in place and we stand by that decision.

“We accept that others will take a different view, but we absolutely stand by that decision.”