Wimbledon 2022: Nick Kyrgios and Stefanos Tsitsipas are set to lock horns in the third round of the grass-court tournament on July 2. 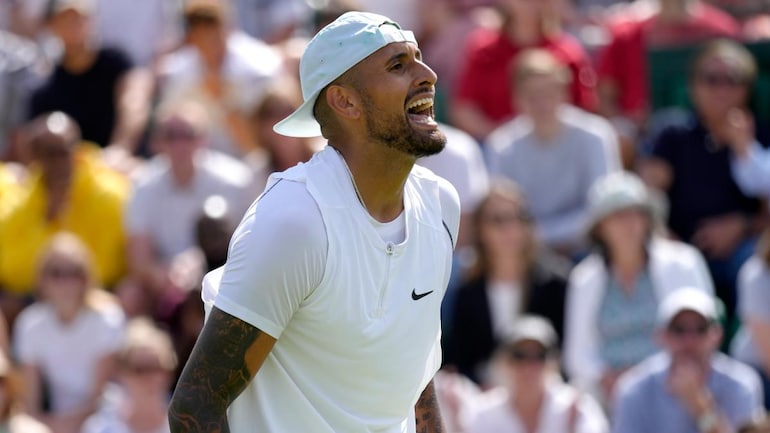 Greek star Stefanos Tsitsipas is set to lock horns with Australia’s Nick Kyrgios in the third round of the men’s singles draw in Wimbledon 2022 on Saturday, July 2. Ahead of the game, Tsitsipas, who’s the fourth seed in the grass-court championship, heaped praise on his upcoming opponent for his fighting spirit.

Kyrgios had to fight hard in his first round match against local star Paul Jubb that went into the fifth set. However, he looked at relative ease during his second round clash against Serbia’s Filip Krajinovic on Court 2.

“We’ve had some great matches at many levels of competition. I have great respect for the way he fights when he really wants to,” Tsitsipas was quoted as saying.

Tsitsipas, in the meantime, will go into the match after his comprehensive win over Australia’s Jordan Thompson in the second round match on Thursday.

The veteran thanked the crowd for supporting him thoroughly. Because of the closed roof due to the rainy weather conditions, the cheers from the crowd were clearly audible. “I’m very happy I got the crowd involved and that pushed me,” Tsitsipas stated.

The world No.5 said that he is ready to work harder to improve his game on grass. “I feel it suits my game perfectly,” Tsitsipas added.

Earlier, Tsitsipas also defeated qualifier Alexander Ritschard in the first round on Tuesday, June 28. He will now be looking to get past a spirited Kyrgios and book his berth in the fourth round at SW19.