Zimbabwe and the Netherlands have made their way to the T20 World Cup 2022 in Australia. The multi-nation tournament will start on October 16. 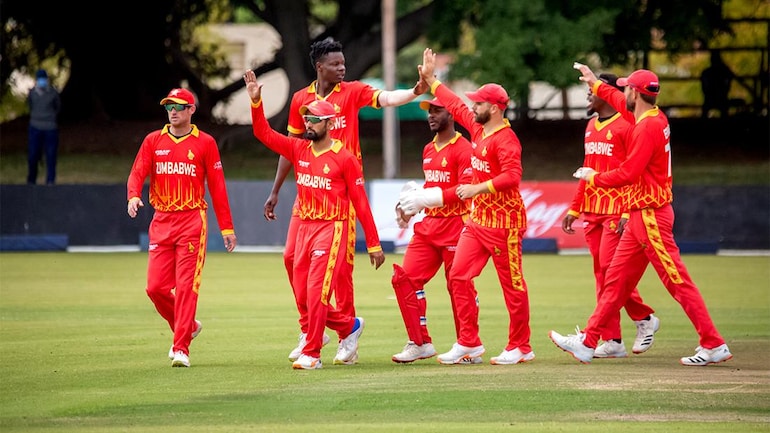 Zimbabwe and the Netherlands have made their way through to the 2022 edition of the T20 World Cup later this year in Australia. It means all the 16 teams of the multi-nation tournament have now been decided.

Both Zimbabwe and Netherlands are currently unbeaten in the ICC Men’s T20 World Cup Qualifier B. On Friday, July 15, both teams won their respective semi-final matches and advanced to the mega event.

Zimbabwe finished on top of the points table in Group A after beating the United States, Jersey, and Singapore. In the semi-final at the Queen’s Sports Club in Bulawayo, Zimbabwe defeated Papua New Guinea (PNG) by 27 runs.

After opting to bat first, the hosts put up a massive score of 199 for 5 on the board. Wesley Madhevere top-scored for them with a 42-run knock with five fours. The other batters scored in the 20s and 30s, taking Zimbabwe near the 200-run mark.

Thereafter, the home team restricted PNG to 172 for 8 in 20 overs. Blessing Muzarabani was the pick of the bowlers with two scalps. Tony Ura scored 66 off 35 for PNG, but his knock went in vain.

In the other semi-final, the Netherlands defeated the USA by 7 wickets at Bulawayo Athletic Club. After opting to bat first, the USA were bowled out for 138 in 19.4 overs. Bas de Leede and Paul van Meekeren picked up two wickets apiece for the Dutch team.

Thereafter, the Netherlands chased the target down in 19 overs. After bowling well, de Leede stayed unbeaten on 91 off 67 with the help of nine fours and three sixes. He became the Player of the Match for his all-round performance.

The T20 World Cup is scheduled to get underway on Sunday, October 16.